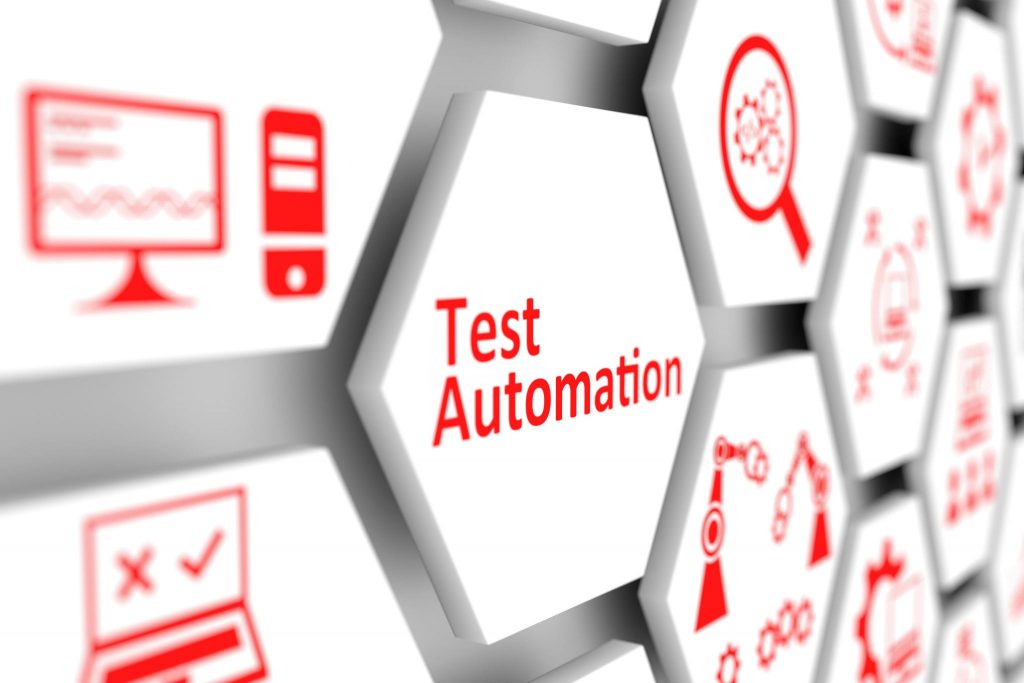 Automation testing is no longer a rarity in software development; somewhat, it has become an everyday epidemic. SHIFT ASIA understands that finding the perfect blend of convenience and quality can be hard to achieve. We have become industry leaders by offering comprehensive services to our clients and sophisticated tools for high-end projects - ensuring utmost reliability when outsourcing automation tests.

Manual testing is often found complicated and time-consuming and no longer stays up to market demand.
Such motivates and accelerates the automation testing development progress. Although you may have guessed what automation testing might be, the underlying meaning is far different than its surface.

What is automation testing?

Automation Testing is a process of testing software and other tech products using automated testing tools to ensure they meet the product's set-defined requirements. It executes automatic tests to verify code for bugs, defects, and any other issues that might have happened in the product development process.

Being automatic is an advantage because testers can run testing at any time of the day. After examining the software, it reports what it found and compares it with the test runs. Automation testing has been gradually adopted and favored by software testers. In a recent report of Kobiton on the State of Software Test Automation 2022-23, 97% of respondents admitted that they have been using some form of automation in their software testing daily. They are willing to implement automated tests on a much bigger scale than before to yield and embrace the benefits of automation testing, such as the following.

The advantages of automation testing

With automation testing, tests can be run 24/7 repeatedly at no additional cost. It helps track down bugs, defects, and malfunctions faster in the early stages. Hence, getting them sorted out immediately, saving resources, cutting down the enormous expenses, and avoiding the exponential cost of fixing bugs later on, heavily impacts the product functionalities, user journeys, and the product time release itself. 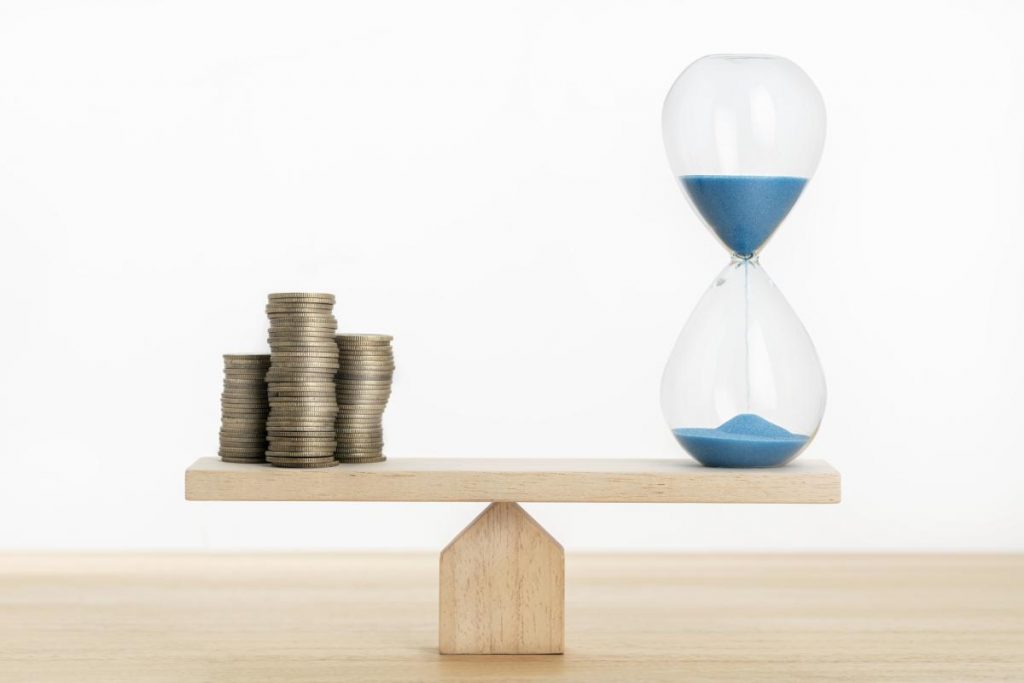 Test automation enables testing to be run continuously without getting interrupted while allowing the execution of separate test automation scripts simultaneously. Each script consumes different resources, which optimizes your testing process and improves the testing practices. This means testings involved during and throughout the product development process, in place of solving the bottleneck at the end of the development cycle.

Many might have believed costs are the #1 advantage of automation testing. In reality, test automation aims to enhance the customer experience on the products, improving product functionalities and speeding up the product's time-to-market. Manual testing takes anywhere from 3-5 days to complete, but only 3-6 hours with automation testing (according to Kobiton's report).

Automation testing offers great scalability where training and getting additional testers involved are unnecessary. Tests can be implemented in a matter of minutes, and this tremendously shortens the production delivery timeline, meaning faster product time-to-market.

This open-source automation testing framework is available for several browsers and platforms, such as Windows, Mac, and Linux, with popular programming languages: Java, C#, PHP, Python, Ruby, Groovy, and Perl. Rather than a single tool, Selenium is an automated testing suite consisting of Selenium Webdriver, Selenium IDE, and Selenium Grid. Each has its outstanding features and functionalities. Based on your team's capabilities, knowledge, and the product's requirements, the right tool can be chosen accordingly.

With a market share of 24.63%, statistics provided by Enlyft, indicate Selenium has consistently been the most preferred automation tool for web-based applications among SMEs for the past seven years consecutively.

Cucumber - a powerful platform for Behavior Driven Development (BDD) - is well-loved by an impressive list of users, including Canon and Paypal. It supports various languages such as Ruby, Java, Groovy, etc. The cucumber automation testing tool focuses mainly on enhanced user satisfaction via website access. Its primary goal is to deliver the best end-user experience possible, a genuinely customer-oriented approach.

As a modern, open-source, and developer-centric test suite for web applications, Cypress receives over 42.300 stars on GitHub. The tool can automate all kinds of tests, including unit tests, functional tests, and end-to-end tests. With Cypress, multiple tests can be run parallelly on multiple browsers and devices, enabling native access to elements and achieving faster executions.

Pronounced as "water," Watir stands for "Web Application Testing In Ruby" - a testing framework that uses Ruby as its scripting language. Watir supports multiple browsers on platforms such as Internet Explorer, Firefox, Chrome, Opera, and Safari. With its enriched features, Watir aids help users in testing, creating, and running test cases. 2,837 companies have trusted it for almost seven years, according to Enlyft.

Katalon Studio is a low-code and all-in-one automation testing tool for web, API, desktop (Windows), and mobile applications. As the most popular alternative to Appium, the Katalon Studio community has officially reached 1 million users and has been trusted by over 65,000+ businesses worldwide.

ZAPTEST is an automation software testing tool that works best for cross-platform mobile, web, desktop, API, and LOAD applications. Not only does ZAPTEST offer UI, API functional, and performance testing, but it also automates operations processes (RPA - Robotic Process Automation). ZAPTEST allows you to create and run all of your scripts simultaneously in every environment, saving you the extra time and effort to concentrate on coding and less on testing. 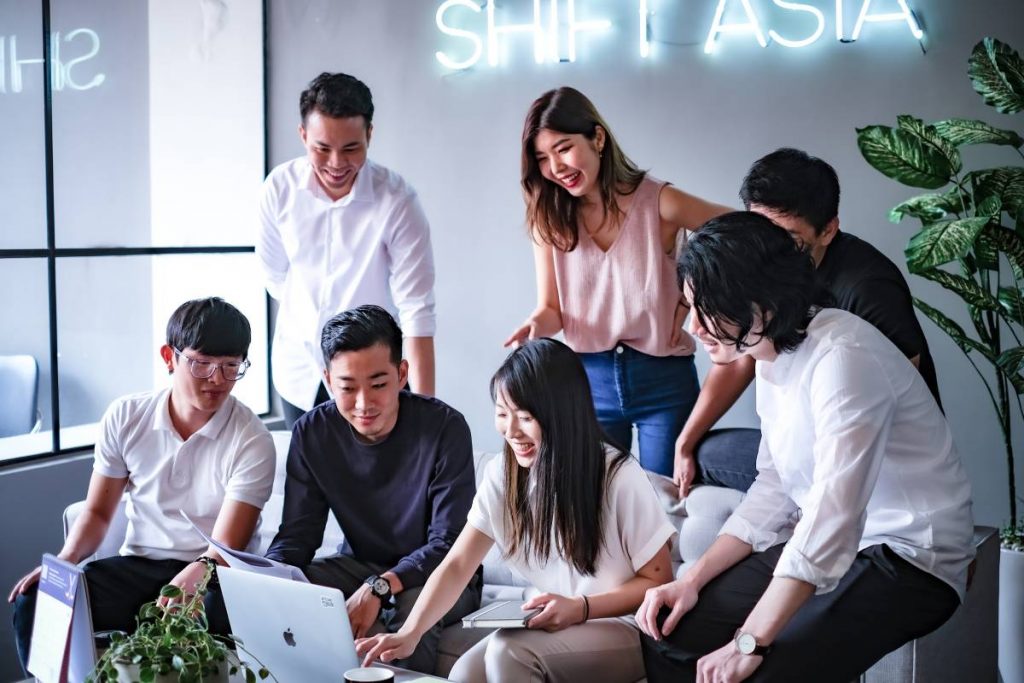 In this race against other competitors, outsourcing IT services especially software quality assurance and automation testing services are popular amongst the software development industry.

Thanks to a wide diversity of advanced and multifunctional tools, the software testing processes nowadays are shifting away from not being time-wasting and error-prone and more toward the spectrum of "a sword is only as good as the person who is wielding it." At SHIFT ASIA, we have everything you need to master the art of automation testing with absolutely no effort and downtime. With professional and dedicated experts, SHIFT ASIA has been leading the IT Outsourcing services industry, delivering top-notch automation testing services and providing well-groomed Off-shore IT services.

SHIFT ASIA - a subsidiary of SHIFT Inc., is a leading software quality assurance and software testing outsourcing company in Japan. Stand by the "Crazy for Quality" slogan; our services focus on a wide range of Quality Assurance services, including but not limited to: manual testing, automated testing, and QA consulting. In recent years, we have strengthened our strict Japanese standards with the advanced technical skills of full-stack developers to master and perfect its high-quality and agility services.

For over seven years in the QA industry, SHIFT ASIA has constructed a bilingual, well-trained, and ISTQB-certified team who has always been exceptionally conscientious and transparent to ensure you spend zero effort on Quality Assurance and software testing. "At SHIFT ASIA, we will continue to strive as a trusted partner in quality for businesses globally. The success of our clients is our success and honor," said Mr. Ito Ryusuke, CEO of SHIFT ASIA.

Due to a large number of automation testing tools that are updated frequently, businesses nowadays need help in choosing the best-fit tools for their organizations. It's not the one tool that fixes all kinds of things. Before any testing takes place, the software testers team has to develop a detailed plan, standards, measurement metrics, process, documentation, etc., that we have briefly gone through in Software Quality Assurance 101 – The Basic's previous blog. If you want to skip all the hassles, hand them over to us - SHIFT ASIA for all your IT Outsourcing needs. Don't hesitate to contact the SHIFT ASIA support team for your immediate consultancy. 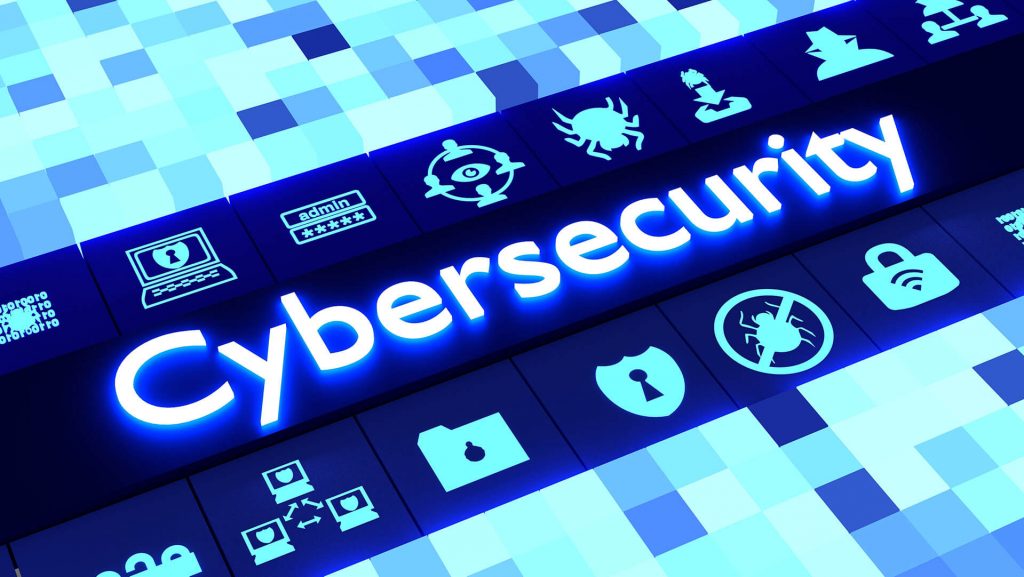 Cybersecurity trends to look out for in 2023 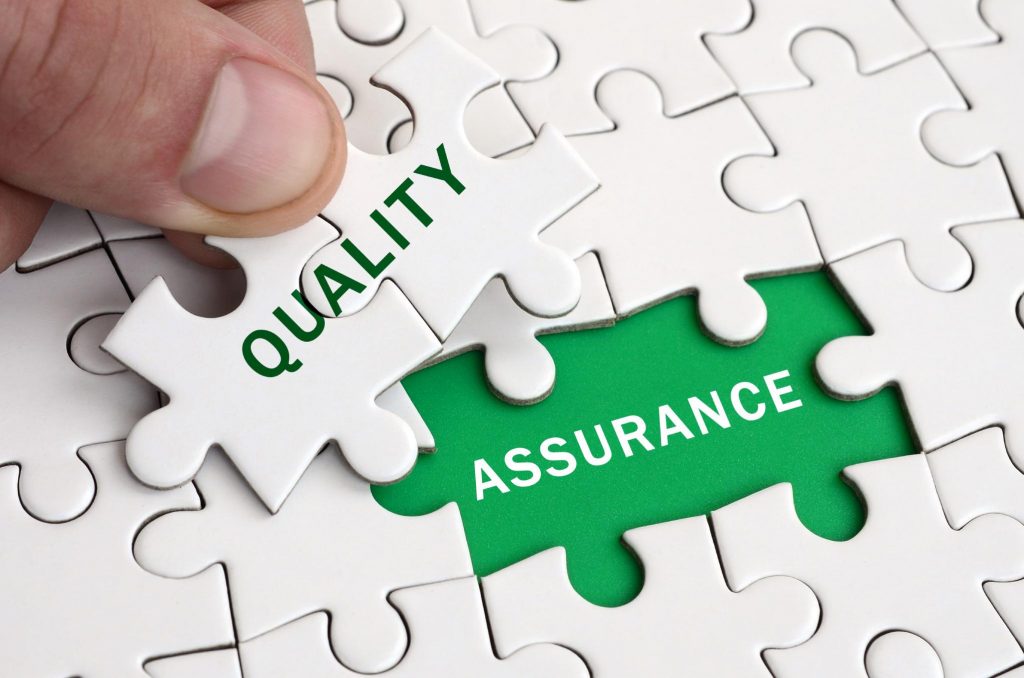 The Undefeatable Role Of Quality Assurance In Software Development 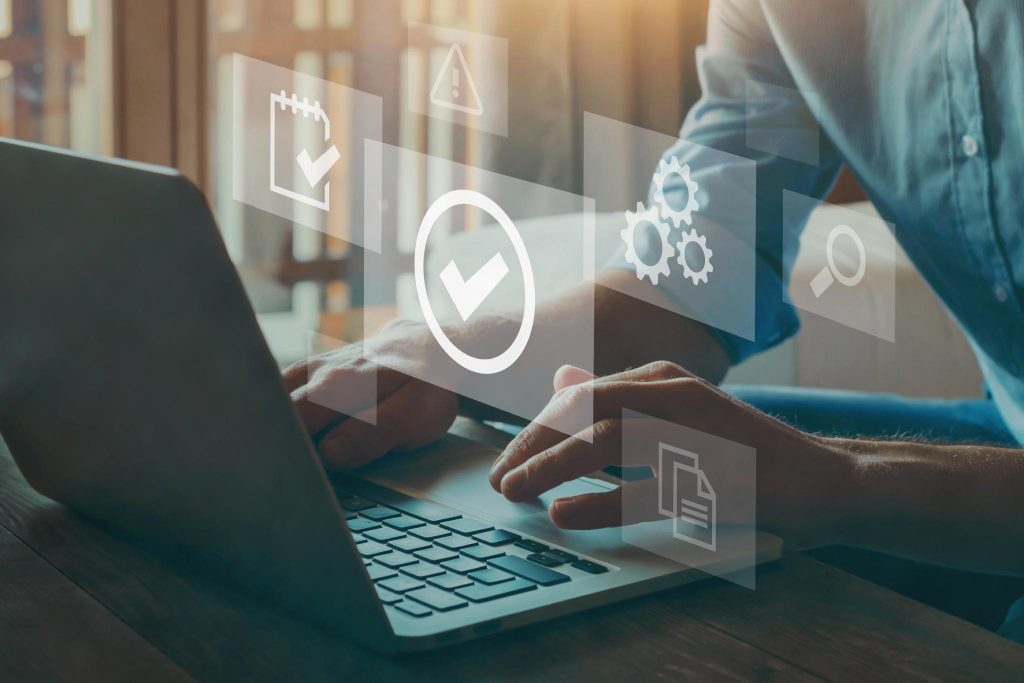 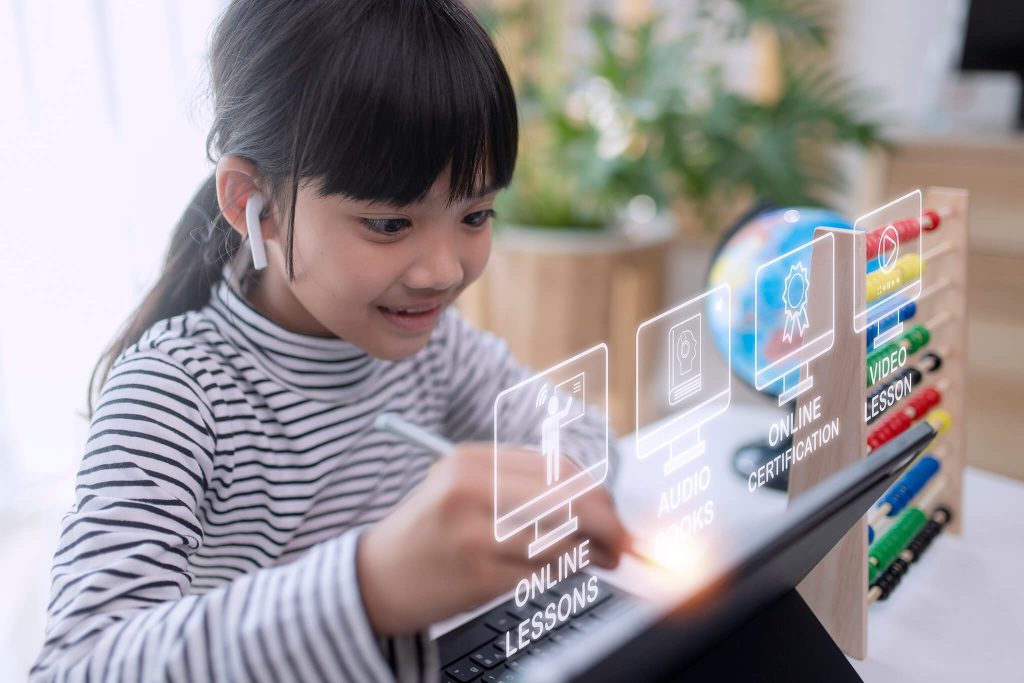 EdTech: innovation in education through the fusion of technology

Cybersecurity trends to look out for in 2023

The Undefeatable Role Of Quality Assurance In Software Development

EdTech: innovation in education through the fusion of technology